Sleep And Aging | A Handbook For Seniors And Caregivers

It's pretty common for older adults to face sleep problems. However, researchers conclude that “sleep problems are not an inherent part of the aging process.” Adding that the sleep challenge requires “consideration of multiple risk factors and a comprehensive treatment approach.”

We start by looking at the connection between sleep and aging. Then, the article focuses on sleep challenges associated with aging and potential solutions. Finally, we provide some tips on how seniors can get better sleep. 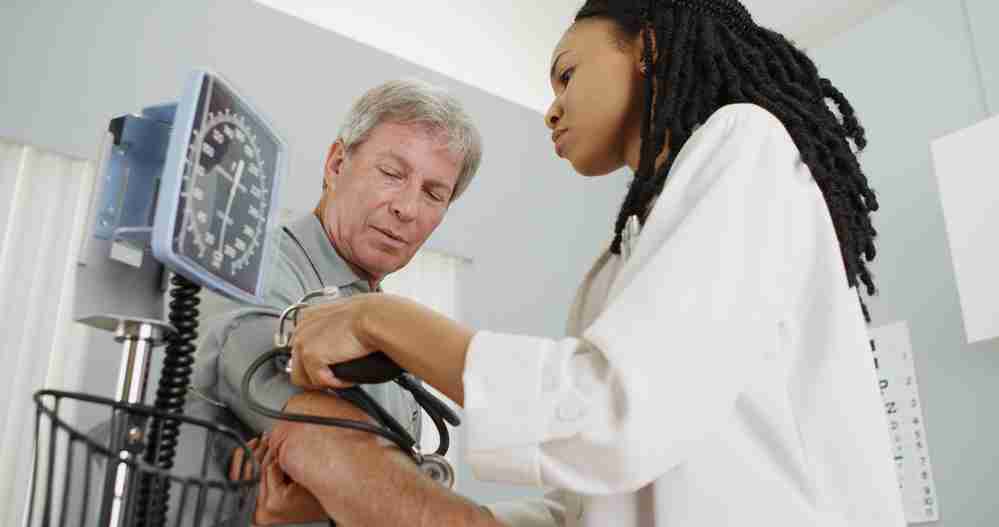 Why Worry About Sleep And Aging?

Do we even need to worry about the connection between aging and sleeping?  Melinda Smith, Lawrence Robinson, and Robert Segal answer this question in their article titled Sleep Tips for Older Adults.

Smith and colleagues say that it’s vital for us to look at issues linked to sleep and aging because “A good night’s sleep helps improve concentration and memory formation, allows your body to repair any cell damage that occurred during the day, and refreshes your immune system, which in turn helps to prevent disease.” They add that those older adults who don’t get a good night’s sleep“are more likely to suffer from depression, attention and memory problems, excessive daytime sleepiness, and experience more nighttime falls.”

It is a well-known fact that lack of sleep can have adverse effects. According to the National Institute on aging, those seniors who don’t get enough sleep may:

The Connection Between Sleep And Aging

Many older adults note that they find it more difficult to fall asleep and stay asleep than when they were young. This implies that as people get older, they turn into light sleepers that wake up several times per night. This is often why older adults may spend more time in bed and still be facing the challenge of insufficient sleep.

An older adult is not getting sufficient sleep if they are not getting between seven and nine hours of sleep a night.

In a paper published by the Journal of General and family medicine, medical doctors Keisuke Suzuki, Masayuki Miyamoto, and Koichi Hirata agree that as people grow older, sleep-related changes become apparent. The same authors say that these changes include lower levels of slow-wave sleep, which leads to fragmented sleep and early waking.

Lavoie and colleagues also note that total sleep time generally decreases until the age of 60, when it starts to stabilize. They credit this to “a combination of physiological changes in sleep, changes in sleep-related habits, and increased rates of sleep disorders.” 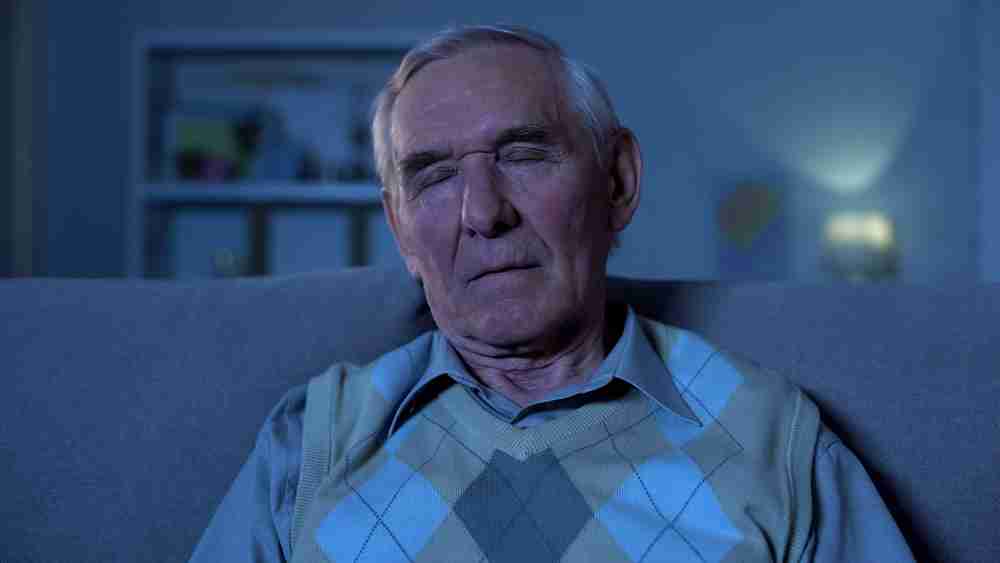 Changes In The Body’s Internal Clock

According to the Sleep Foundation, most sleep changes that happen as people grow older can be attributed to the body's internal clock (a part of the brain known as the suprachiasmatic nucleus (SCN)). This clock controls what is known as the circadian rhythms. The rhythms are responsible for regulating such things as sleep, hunger, and the hormones that facilitate those elements.

The Sleep Foundation also notes that “As people get older, their sleep changes due to effects of an aging SCN4. Deterioration in the function of these can disrupt circadian rhythms, directly influencing when people feel tired and alert.”

The body's internal clock may also be confused because older adults with more time in their hands may start taking more day naps.

Dr. David N. Neubauer of the Johns Hopkins SleepDisorders Center says, “Poor sleep habits such as irregular sleep-wake times and daytime napping may contribute to insomnia.”He also notes that consuming beverages with caffeine in the afternoon could ruin nighttime sleep.

Other everyday bad habits may include watching television or using electronic devices like computers or mobile phones in the bedroom. The light from such devices could also mess up the natural body clock and make it a challenge to fall asleep.

Changes In Production Of Hormones

Smith and colleagues say that an aging body starts to produce reduced levels of growth hormone (called melatonin), which leads to a decrease in deep or wave sleep. The deep or wave sleep is the part of sleep that rejuvenates you and makes you feel rested and fresh when you wake up.

The same authors mentioned in the above paragraph indicate that a body producing lower levels of melatonin leads to more fragmented sleep and waking up more often during the night. They note that this is why people tend to become light sleepers as they grow older. 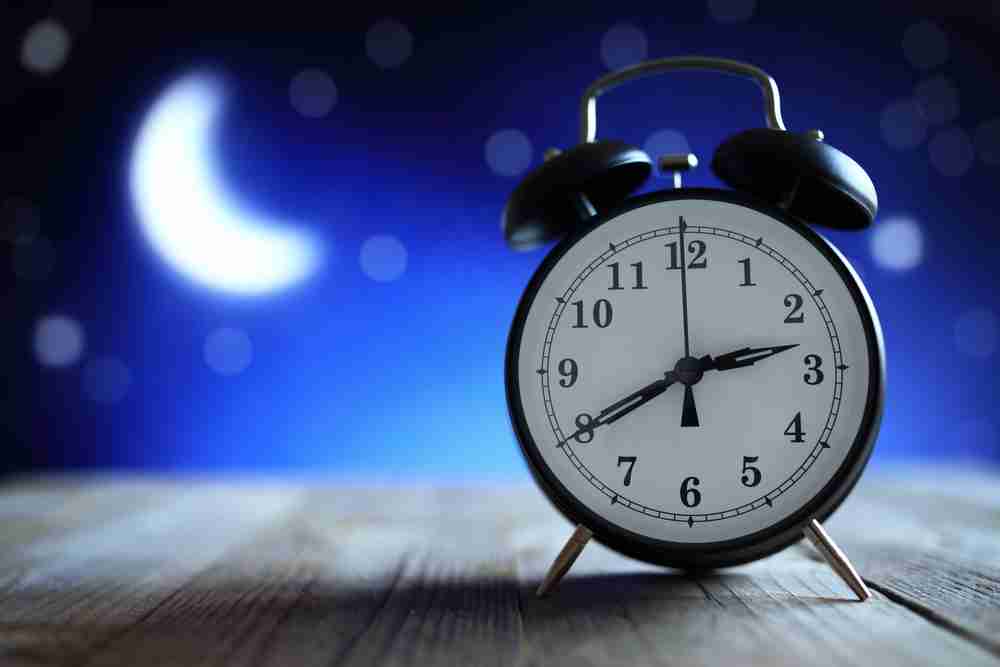 Dr. Leslie Kernisan manages and writes for a website called BetterHealthWhileAging.net. In an article titled How Sleep Affects Health,& Changes With Aging, she says that “It’s not uncommon for older adults to develop a physical health problem that affects sleep.”

From the various sources above, we can conclude that there is a connection between sleep and aging. It is also clear that most of the changes that occur lead to reduced sleeping time, even though they may increase the time spent in bed.

Let’s now look at some of the sleep problems associated with aging.

Lavoie and colleagues define sleep-disordered breathing as a situation “when an individual repeatedly stops breathing or experiences a reduction in airflow during sleep.” These disturbances fall under a broad category known as apneas.

According to Lavoie and others, when the upper airway becomes narrower, the resulting condition is known as Obstructive Sleep Apnea (OSA). Central Sleep Apnea happens in the event of a loss of breathing effort.

When sleep apnea is not controlled, it can lead to several health complications, says the Johns Hopkins School of Medicine. These complications include strokes, diabetes, heart attacks, and an increased risk of early death. 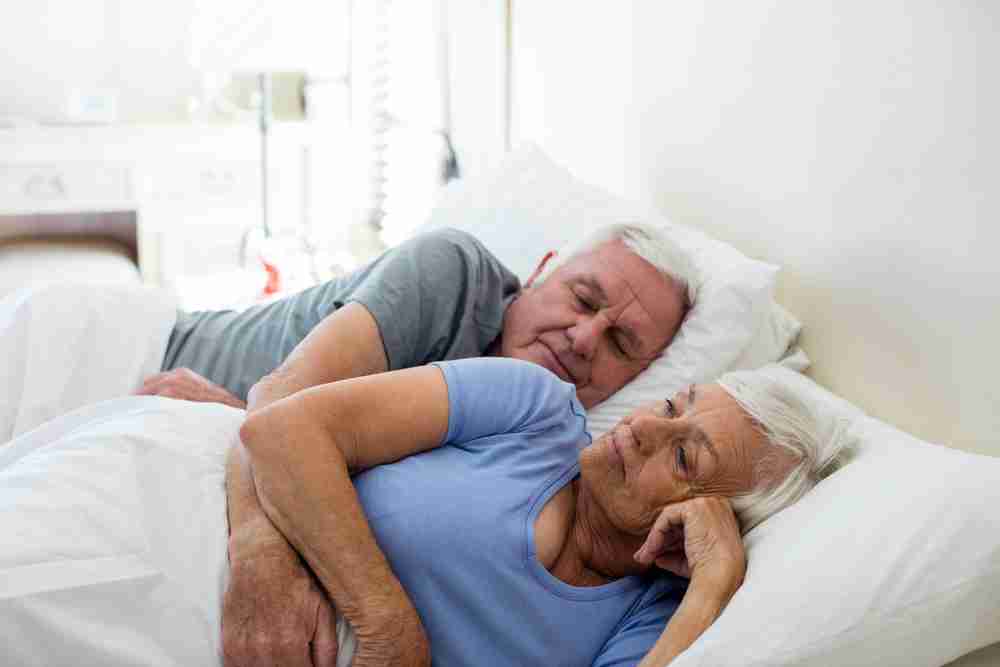 In a piece published by the Frontiers in Neurology Journal, Andrew A. Monjan defines insomnia as “a subjective complaint of insufficient or non-restorative sleep.”He also says that insomnia can be divided into two categories: short-term and chronic.

Monjan says that several causes can be attributed to short-term insomnia in the elderly, including physical limitations, medication, or bereavement. This type of insomnia can end on its own. On the other hand, he says that chronic insomnia can affect day-to-day living and lead to impaired functioning and reduced quality of life.

Generally, an individual is said to have chronic insomnia if their sleep has been disrupted at least three times a week over three consecutive months. The National Institute on Aging identifies some signs that show you may have insomnia:

Lavoie and colleagues note that in older adults, insomnia often happens within a context of other psychiatric or medical disorders that become more common as people age. These include chronic pain and neurological disorders. However, they also say that “insomnia often represents an independent clinical condition that does not resolve when the management of comorbid conditions is optimized.”

The Sleep Foundation defines restless leg syndrome (RLS), which affects between 9% and 20% of older adults, as “an urge to move the legs while resting or sleeping.” In contrast, periodic limb movements of sleep (PLMS) causes these involuntary movements on the lower side of the limp, especially the feet. It affects between 4%and 11% of older adults.

Each Older Adult Is An Individual

The problems we present above are some of the challenges associated with aging. These include the effects of different illnesses and the medications prescribed for them. Also, from the views presented above, it's clear that while we can generalize, it’s safer to look at each older adult as an individual.

When we see each senior as an individual, it becomes easier to determine specific solutions. This is why you should consult a doctor if you believe that you may be having sleep challenges linked to aging. 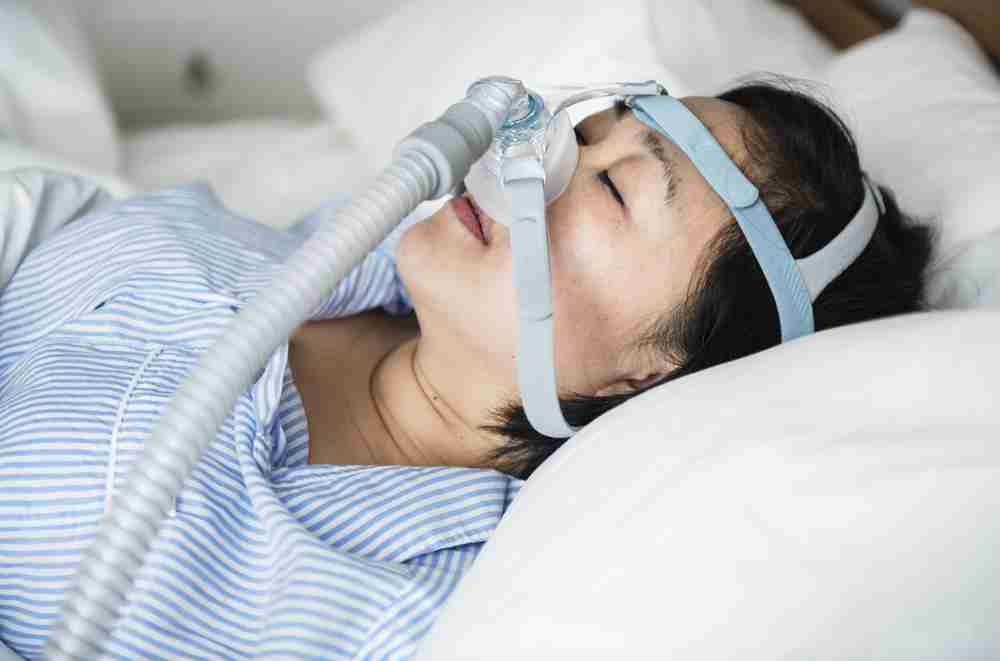 The advantage of knowing the sleep challenges that affect people as they grow older is that it allows us to determine specific solutions to address those challenges.

Here are some standard solutions for seniors facing challenges linked to sleep and aging.

To find the solution to any sleeping problems you may be facing, it’s vital to start by determining the cause of your problems. HelpGuide.org notes that “Many cases of insomnia or sleep difficulties are caused by underlying but very treatable causes.” Adding that “By identifying all possible causes, you can tailor treatment accordingly.”

Here are some questions suggested by HelpGuide.org that you can ask as a basis for determining the cause of your insomnia:

The answers to the above questions will provide a foundation for determining the best course of action when dealing with the sleep problem. They may help you determine how to reduce the mental stress that could be the reason behind your sleep deprivation.

The CPAP mechanism works like a compressor that creates air pressure. Under pressure, the air is pushed through a tube into a mask. This pressurized air then enters the user's airways and stops them from collapsing.

The main advantage of CPAP therapy is that it is not complicated. It also doesn’t lead to headaches, reduces snoring, and can help make the immune system stronger.

Researchers from Sleep Heart Health conclude that CPAP can reduce the risk of premature death by up to 62%. This is a view supported by the American Heart Association, which says that “People with sleep apnea, especially those over 60, could decrease their risk of heart failure by using CPAP masks at night to help with breathing.”

Practicing good sleeping habits can go a long way toward getting better sleep. The website MedlinePlus.gov provides some tips you can follow to ensure a good night’s sleep:

While you can follow the tips above to ensure that you get a good night's sleep, it is crucial to consult your doctor if nothing seems to work.